After a nine-year hiatus, the return of Berlin’s Miwon sees a sensible addition to his catalogue with more bright ambient landscapes and techno sensibilities.  True to the nature of N5MD records, the album continuously emphasizes melody with each 4-5 minute tune having a great deal of replay value while also expertly navigating open sonic terrain.

The album somewhat loses the rhythmic directness of 2008’s A to B and perhaps strikes a less emotionally moving tone.  Save the late-album dives into darkness, these songs are breezy and light. Still, the project keeps the listener engaged with spot-on songwriting with each passing track.

The beginning of the album serves as a decent representation of much of the project.  Opener “Fuzzy Words” builds swells above the active rhythmic foundation before the simple, but infectious melody comes in gently over the top.  This track doesn’t dig too deep as it sort of stagnates forward, but it works great as an introduction to Miwon’s particular aesthetic.

“Wolkengedoens” and “Shutter” are a bit more of the meat of the work.  Here, Miwon works in more drastic developments by continuously pilling on layers and emphasizing new melodic ideas. “Wolkengedoens,” for instance brings in a high synth melody towards the last 30 seconds of the tune to give a new splash of color that contrasts the slightly melancholy melodic centerpiece of the song.  “Shutter” is sluggish in tempo, opening the space for a blissful, wandering melody that gradually gets surrounded by more and more rhythmic activity, making for a natural, unpredictable development.

“Mondharke”—track 7—serves as the first full-fledged look at violence and darkness.  The crackling industrial sounds put the song on edge with pulsing low-end synths adding to the drama.  “Cool Your Jets” doesn’t necessarily read as violent, but it maintains the dark, smoldering nature of the previous track with an especially bouncy melody over brooding chords and low-end rhythmic sounds.

Although these two tracks contrast the sonic pallet of the beginning of the project, the exploration of this territory comes a bit late into the work.  Without these additions, the album would’ve been a bit one-dimensional, but it doesn’t feel all that well integrated into the project.  If Miwon had issued one of his more violent songs sooner into the track listing and then let that sound influence the tracks that followed the tug and pull between smoldering darkness and bright ambient sounds would’ve been more constant.

There’s no shortage of great songwriting and it’s great to hear a long-anticipated work that bites like “Jigsawtooth,” but it might have been a bit more impactful had Miwon dabbled into the violent, smoldering side of his sound aesthetic more often in the work.

We could talk all day about the build-up to Blonde.  In my review of Endless, I mentioned the monumental task that Ocean had in front of him after releasing his near-instant classic Channel Orange.  Even though I was quite impressed by the haphazard brilliance of Frank’s precursor album, the idea of what the real deal would finally sound like still carried a certain tension.  Would he finally be able to stand in front of the world and deliver his next chapter or would he fall into the category of artists doomed to be reduced to their first album for the rest of time.  Let’s just say that the first beat of the album breathes an immediate sigh of relief.  “Nikes” is a perfect Frank Ocean song.  The slightly nostalgic beat emerges with wholehearted optimism.  Then Ocean returns gloriously, his voice climbing up to high note.  The choice for the electronic vocal effect is perfect, hiding his new-found confidence for the first couple minutes of the song leading into the moment when Frank finally pulls off his mask fully re-entering the world as his unadulterated self.  Perhaps the album has some relatively lacking hooks, perhaps it over-emphasizes melancholy moodiness, but the return of Frank Ocean is certainly a spectacular feat.

“Ivy” follows with a much different sound.  Here, Ocean dabbles in power pop; a powerful rock melody soars over chugging guitars as nostalgic lyrics spill straightforward angst about young love: “I thought that I was dreaming when you said you love me.”  Guitar becomes a bit of a re-occurring theme on the record, Radiohead’s Jonny Greenwood adding an instrumental flare into the Frank Ocean lexicon.  “Pink+White” continues the momentum with a floating piano melody complementing another glorious baritone melody.  The song ends in a big way.  Sweeping vocals enter the space, replacing the bubbly playfulness of the beginning of the song with a much more impactful final blow. On “Solo,” Ocean seemingly draws from the classic country playbook; his intervallic vocal melody is accompanied solely by wobbling organ with optimism bleeding from every corner.  The chorus here shows a lot of maturity in Frank.  Although he has never been afraid to carry a melody alone, the belted high notes in this song showcase him at his most ambitious to date.

After pondering general coming of age, summer ideas on “Skyline, To,” Ocean creates his next massive moment on “Self Control.”  A song about the end of a summer relationship, “Self Control” begins simply, laid back beach vibes provided by the playful guitar part.  As the song progresses, the tone becomes a bit more somber leading into the ending.  A longing guitar solo looms before Ocean comes to the terms with the end of the relationship in question: “I, I, I, know you gotta leave take down some summertime.”  A chorus of Franks belt these words the wall of sound amassing an astounding emotional impact.  The second half of the record features a few more bits and pieces of ideas with more long form brilliance coming together on “White Ferrari” and “Seigfried,” before ending in ambiance with “Futura Free.”

Blonde wholly commits itself to Frank himself. Even when features come into question, Frank’s voice and personality dominate.  This is most obvious for the Kendrick Lamar feature on “Skyline, To” where Lamar is simply used to re-iterate some of the lines from the vocal melody, but in other locations features enter the space without distracting from Ocean’s work.  On “Self Control” Yung Lean and Austin Feinstein add phrases into each chorus only to further the impact of Frank’s words.  “Solo (Reprise)” is essentially an extended Andre 3000 verse, but the flow of the song fits into the album easily, ironing over the transition from the laid back beat of “Nights” to the intense distortion of “Pretty Sweet”.

In the same way that the album shifts attention to certain features without fully removing the spotlight from Ocean himself, the album also lifts ideas from classic artists to offer brief tributes.  This strategy comes into place on “Seigfried,” where Ocean lifts a vocal line from Elliot Smith, whom he credits in his art zine “Boys Don’t Cry.”  For the most part, Ocean just offers beautiful melodic work on the song, but he takes a break from his own styling to repeat the lyrics and melody from Smith’s “a fond farewell:” “this is not my life/it’s just a fond farewell to a friend.”  On Endless, Frank took influence from an Isley Brother song and extended his reach into various other sounds.  Here he shows just how embedded into his soul these influences can get.

Blonde is a big album and it’s easily a contender for the album of the year.  Frank Ocean has returned without any sense of disappointment.  A new-found maturity comes through as Ocean advances the art of belting one’s heart out, with songwriting genius adding more weight to every uttered word.  Perhaps the slimmest lack of contrast is present and perhaps Ocean spends a bit too much time on 1-2 minute songs, but this record is just about as good as it gets. 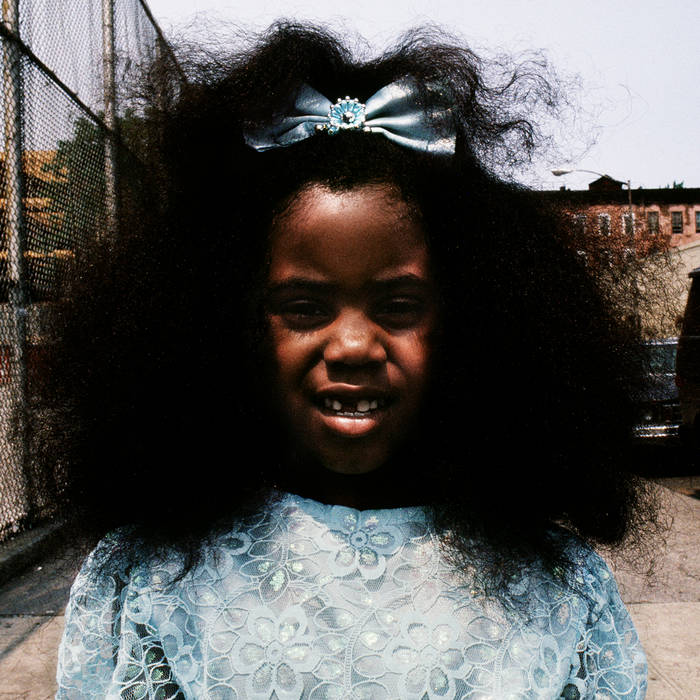 Xenia Rubinos touches upon a wide range of styles in her minimalist singer-songwriter landscape.  Electronic bass lines drive the musical bus with various instrumental elements coming into the picture to carry the powerful vocal delivery into different places.  On “Just Like I” the heavily distorted guitar noise puts the sound in a punk conception, whereas punchy vocal delivery on “Mexican Chef” achieves a much more dance-influenced vibe.  As the genres bend and twist under Rudinos’ vocal lines, the album achieves many different moods making the relative simplicity of each song remain fresh throughout.

Beginning with “Don’t Wanna Be,” a slightly general sounding singer-songwriter song, Rubinos begins dedicating her sound to more specific genres.  The first 5 or 6 tunes remain very bright with a lot of rock sounds making it into the mix.  On “Laugh Clown,” the album takes a slight turn into a more mellow territory.  “I Won’t Say” essentially becomes a hip-hop track with bass line and drum beat accompanying near rapping of Rubinos, before the catchy bass line of “See Them” complements a complex vocal landscape.

Rubinos’ vocal delivery is no small feat.  She uses multiple vocal tracks on each song making for a powerful, emotional delivery.  Sometimes the back-up vocals serve as a melodic harmony, whereas Rubinos will elsewhere employ vocal back-up as an emotional affect simply adding more sound to the mix.  Also, there will be moments where two vocal tracks will be essentially in unison with one reaching the end of a melodic line before the other again adding extra emotion to the sound.

Instrumentally, Rubinos uses a lot of different sounds, but she remains subdued by allowing herself to leave certain sounds out from song to song.  The distortion drenched soundscape on “5” wouldn’t be sensical on the more soulful “Lonely Lover,” so it is replaced with a sunburst bass line to accompany Rubinos’ reversed back-up vocals.  In a more rock band based setting, the instrumentation usually doesn’t change from track to track making attempts at stylistic change unsuccessful.

Overall, I enjoyed this album quite a bit on my first listen.  Each song was surprising making for a fun experience from beginning to end.

The influences are a bit obvious and the melodies bright, but Anderson.Paak’s level of passion is insurmountable.  Every track seems forged by hours and hours of dedication and meticulous perfecting and the result is magnificent.  It seems like Malibu is a run down of all of his skills with each track showcasing a different face of Paak.  On this particular tune the subject of adversity is faced with soaring optimism as Paak belts out the lines “I’m a product of the tube and the free lunch” accompanied by a killer verse from MC Talib Kweli.