Having been on the frontlines of the chillwave moment, 2019 finds Chaz Bear much further away from steering the zeitgeist and a bit more comfortable reflecting it.  Not to say the whole album stews in the sounds of contemporary chill spotify, but the first 30 seconds definitely do as the now infamous chipped EDM vocal sample sparks the first tune.  Coupled with a few tropical house tricks, the album evokes a bit of skepticism, but Bear isn’t simply gaming algorithms here. Loosely about gig-economy anxieties and the general disconnect of the 2010s brand of silicon valley capitalism, “Outer Peace” is a buoyant, fun collection that doesn’t overstate anything or overstay its welcome.

The constant in Bear’s work is more forward vocal delivery and texture.  If chillwave is a more accessible version of ambient music, Bear’s adoption of acoustic sounds on his 2015 album “What For?” sparked a drive towards more traditional pop-textures and now the muse is dance music. “James Murphy is spinning at my house” sounds like prophecy and following the opening spotify-core dirge, tunes “Ordinary Pleasure” and “Laws of the Universe” sport beefy bass lines and punchy tempos to support even more vocal confidence.

In the vein of Marie Davidson’s “Work It” lines like “maximize all the pleasure” and “you are your own boss,” poke fun at the form and its contemporary use to help rich people at equinox get their cardio on.  Subversive? Maybe not super militantly, but tongue in cheek, certainly. The slower tempos of “Miss Me” and “New House” take it back to Moi’s origins a bit, with mixed results. Abra’s delicate voice captures on the former, but the latter feels underwritten.  “Baby Drive it Down” sports the trendiest beat, but “Freelance” and “Who am I” again land some great vibes with enough shimmer to sound like classic Toro y Moi.

Admittedly, the Toro y Moi project has never felt extremely vital to me personally so those who thought “Causers of This”  or “Underneath the Pine” were some of the most earth-shaking things out there at release date will likely have stronger reactions to “Outer Peace.”  Whether fans will hear Bear getting comfortable or “reinventing himself,” I can’t tell you, but I will say that without wielding any jaw-dropping risks, the work remains rife with personality as the recording wizz continues to build his world and splash in some new colors. 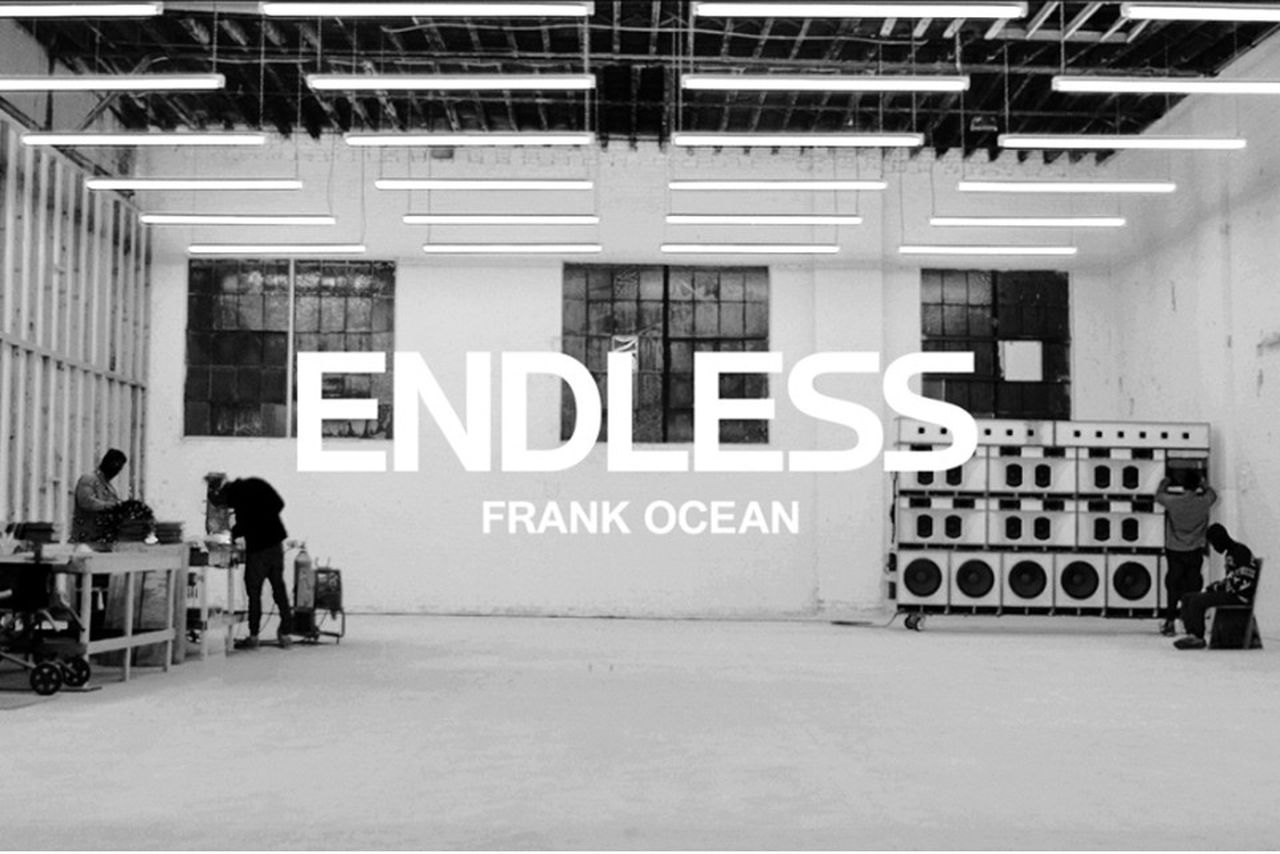 Frank Ocean put himself in a tough place.  Opening a career with a 17 track album, complete with massive standout tracks, catchy singles, and front to back appeal gave his listeners a long list of expectations for the follow-up.  This combined with a four-year waiting period that left fans at their wit’s end, meant that Ocean had to defy the possibilities of the typical album to achieve greatness.  With Endless, Ocean began his attempt at destroying the album cycle.  Two weekends after the announced release date of his new album, Ocean released a visual album with 18 tracks.  Operating as a prelude to the more refined Blonde, which would be released two days later, Endless emphasizes effortless, natural songwriting, each song sounding like an off-the-cuff melodic exploration.  Perhaps the title alludes to the overall flow of the piece.  Although Ocean has individual song titles, the album operates better in its cohesive state, a seemingly endless melodic development guiding our ears throughout with mild aesthetic changes adding to the over-arching thematic development.

Beginning with lush synthesizers and a mysterious computerized voice reading words about an apple device, the album immediately captures the mysteriousness of the presented video.  Sleek black and white dominate the visual offering a perfect representation of the raw, unfinished nature of the sonic space.  Soon after the non-specific opening, Ocean enters into a glorious falsetto effort, covering the song “At Your Best (You Are Love)” by the Isley Brothers.  This song showcases Frank at his most exposed with tiny, aquatic keyboards accompanying his soaring voice.  Next we are reminded of Ocean’s ability to make simple lyrical phrases sound effortlessly beautiful as his overlapping vocals speak about a tight living situation: “duplex in New Orleans east… my four cousins stay with me.” Non-descript vocals bubble on “Mine” before Ocean raps casually over a looming beat on “U-N-I-T-Y.”  The end of “U-N-I-T-Y,” shifts tone a bit to give us the first taste of Frank’s raw, high-pitched vocal talents.  Slightly strained words soar making for a breath-taking emotional impact.

The middle of the album is composed of quick-hitting explorations into unfinished melodies; “Comme des Garçons” floats around in a slight latin tinge, “Wither” places Frank’s slightly manipulated voice alongside some lightly strummed guitars, and “In Here Somewhere” brings beats and keyboards into play accompanied by an even more buried vocal effort.  The song structures shift back to more full-length efforts by “Rushes.”  Here, a full-fledged gospel song emerges from the subtle beginning, Ocean showcasing a different approach to the stripped back guitar and vocal approach of his more incomplete tunes.  “Rushes To” presents another juxtaposition, capturing the latin spirit of “Comme des Garçons,” but giving Ocean room to belt his heart out by the end.  The last bit of the piece playfully stretches on with Ocean sharing a few lines on “Higgs” before the return of the computerized voice from the beginning of the album, which rides out on various dance beats.

Besides the overall unrefined nature of the album, Ocean offers an emphasis on process.  The Isley Brothers cover that kicks off the album obtains a classic soul sound.  Almost nothing is added to the vocal work, the melody being the main focus of the song.  As the project moves forward, Ocean continuously draws inspiration from this melody and time period, but the addition of more and more modern sounds slowly push the songwriting to modern day.  This displays a mastery of taking influence.  One of the aspects of Channel Orange that made it so appealing was the combination of different sounds.  It is interesting to hear an up close and personal take on Ocean’s techniques for modernizing genres that he holds dear.

Endless is not an outgoing project; Ocean remains subdued within the sonic space throughout.  Therefore, the fact that the work is able to maintain intriguing contrast throughout is a true testament to both Ocean’s songwriting talent and his uncanny ability to achieve a personal feel with his vocal delivery.  His voice has this naturalness to it that inspires close listening no matter what he has to say, even if everything said falls within the same relative sonic location.  Perhaps this is why he struggles with songwriting.  When blessed with a gift that automatically entertains, artists often rely too heavily on it.  Ocean recognizes that his voice is powerful, but the neo-soul idiom requires more in order to push boundaries.  It is clear that countless hours have been spent considering instrumentation, development, production, and everything that goes into the impact of a piece of music.  Endless itself does not necessarily encompass all of this in each song, as the whole process of songwriting is pondered throughout, but the subtle changes that accompany the beautiful nature of Frank’s voice push his natural talent to glorious emotional heights.

Although Frank Ocean’s music can be considered minimalist due to the small amount of instruments and sounds in each song, his idea of releasing an album never comes without an immense amount of emotional weight.  This past weekend, Ocean emerged from the shadows to drop his next manifesto.  The first step was a B-sides album that gave an inside look into the process of songwriting and the dissection of influence.  Ocean’s vocals spill out blissfully throughout, his natural talent enough to conjure beauty, and his songwriting prowess offering just enough to create the contrast necessary for greatness.

Frank Ocean begins his return in a big way. 8/10

Another album that came out recently on Kohlenstoff Records was that of Ida Toninato.  A Baritone Saxophone player with an ear for the avant garde, Toninato has put together something really beautiful that grabs your attention from the beginning and truly transports its observer to another dimension.  Minimalism is the root of it all but Toninato’s music just has a presence about it.  Really powerful stuff.